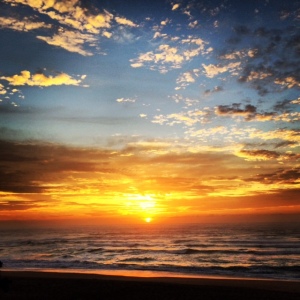 What a time to visit South Africa… I’m not sure if you’ve heard but there’s this dude from here, called Oscar who may have accidentally shot his girlfriend four times on Valentine’s Day. So yeah #OscarTrial is playing on every TV screen and is featured in every newspaper, pretty much like the rest of the world I imagine. Oh and there’s the teensy upcoming event, the election! I knew very little about South African politics but wow I’m getting a fast education. It’s a little like Jeremy Kyle, Eastenders and a dash of African sorcery. Jacob Zuma, the President, has to be a mythical character. If we thought the MP expenses scandal was bad in the UK, then SA politics and Zuma’s luxury mansion with R246 million upgrades and a swimming pool everyone’s talking about takes the biscuit. Oh and then there’s the small fact that he raped a girl, who had Aids but claimed he’d be okay because he had a shower afterwards! Then there’s the Health Minister who actually stated in Parliament that garlic and beetroot is a legitimate cure for aids. I could go on but I’m starting to lose track of what’s real and what’s not! But to put things into perspective things have obviously dramatically improved since apartheid, the ANC haven’t done an awful job (in my humble opinion) but the whole system is fascinating.

Flying in to Johannesburg from Sydney, so 14 hours of flying and doing a complete timezone flip was unnerving. We’ve all heard the stories about Jo’burg being crime central, I knew I was going to need my wits about me. Someone was looking down on me and thought that young lady wearing hiking boots, carrying too many bags and rocking the homeless chic look deserves an upgrade – how bloody amazing! So I winged my way to this faraway land enjoying three course meals, fine wines and with acres of space. Plus as an added bonus I was sat next to a lovely lady from Jo’burg, so instead of sleeping we chatted.

I moved quickly onto Durban and started to get acclimatised. I was like an overexcited child as my plan was to head out on an early morning boat to go and check the shark nets. The aim being to release the sharks and tag some for tracking. But fate decided this wasn’t to be as the winds at sea meant only the experts were allowed out – gutted.

I hopped onto the Baz Bus (a backpacker bus), next stop Umtentweni. Near to Port Shepstone, there’s not a huge amount going on here but I was blessed and my chosen stop overlooked the ocean. It also had the most wonderful people working here. John took me under his wing and cooked for me two beautiful South African dishes (Bunny Chow – curry within a loaf of bread and another curry with Pap – the carb of choice round here). We kayaked and I went diving with sharks.

Yes, that’s right… diving with sharks! Protea Banks on this coast is known for its sharky waters. Some people use the cage but some of us didn’t, well just me and one other guy chose not to. The insane boat ride out to the dive site was thrilling enough. We literally flew across 20k of high waves and choppy waters in what I’d describe as a speed dinghy. Within minutes of stopping we were throwing ourselves backwards into the cold ocean, ready to get some face time with the sharks.

Now I’ve never dived in cold water before and it was a bit of a shocker at first. I was worried I was going to suck up my whole tank of air in the first few minutes as I regulated my breathing. The current was also pretty strong and unlike many tropical waters you couldn’t see for metres and metres around, although for these waters visibility was good. All of these conditions added to the mystery and intrigue of diving with what are classed as dangerous sharks. We dropped down to around 28 metres, which is pretty deep and the Divemaster had already warned us to stay close and let the current just drag us. The next 45 minutes were totally surreal.

Try and picture yourself at the bottom of the ocean on a conveyor belt, think Generation Game but you are the cuddly toy and you have an audience of sharks. We were dragged by the current through the deep cold waters surrounded by quirky guitar sharks, a horned shark and the deadly tiger sharks. Sadly the Hammerheads (my favs) and the Zambesi Bull sharks didn’t come out to play but it was sharky enough. The sharks looked at us with a little curiosity but they didn’t seem fussed about the humans with tanks hanging around in their waters. It was an incredible experience and it only really hit me what I’d just done when I was back aboard the boat.

The more I learn about sharks the more beautiful I think they are. These poor misunderstood animals are culled in certain waters for a few mistakes. Yes they’ve nibbled on a few surfers and the odd swimmer thrashing around on the surface but it’s an honest mistake guv’nor, ‘I thought it was a seal’. If a shark can see you properly it’s unlikely to want to eat you, just don’t wear yellow, they like eating yellow too!

← The Northern Territory: Never Smile at a Crocodile
Rustic Circumcision and Sustainable Living →